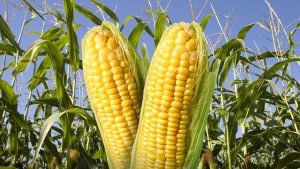 Yesterday’s Close: March corn futures finished the day up 1 ½ cents, trading in a range of 3 ¼ on the day. Funds were estimated buyers of 5,500 contracts.

Fundamentals: Export sales yesterday morning came in at 1,974,400 metric tons, well above the top end of expectations which ranged from 1,000,000-1,500,000 metric tons; last week’s read was 1,769,595 metric tons. If we continue to see these type of export numbers become a trend, that will help offer support to the market. It is a three-day weekend, so we may see some weather premium linger through the session, leaving the possibility (probability) of a gap move come next week. March options go off the board next week, there are a significant amount of ITM (in the money) calls; this may keep a lid on a breakout move for the next week.

Technicals: March corn futures are testing the top end of the range that was developed back in September and October. Our resistance pocket remains at 366 ½-369. If the bulls can chew through this we would expect prices to grind higher towards 373-374; not the most exciting thing to report but it is what it is, the corn market. The charts have been very constructive, and we would welcome a pull back as a buying opportunity. The most opportunistic spot would be 357-358 ½, this pocket represents recent lows as well as the 100-day moving average. Funds have been covering for several weeks, and we expect to see that reflected in this afternoons Commitment of Traders report.

Yesterday’s Close: March soybeans finished the session up 7 cents, trading in a range of 9 ¼ cents. Funds were estimated buyers of 9,000 contracts on the day.

Fundamentals: Yesterdays export sales came in at 640,400 metric tons, this was within the expected range from 450,000-750,000 metric tons; last week’s read was 743,223 metric tons. Yesterday’s NOPA crush report came in at 163.11 million bushels, this was below the expected 165.511 million bushels. Nonetheless it was a record for the month and cracked the top 10 on record. Weather continues to be a key catalyst in price action. Meal has been a leader on the back of those weather concerns as Argentina accounts for nearly half of world shipments. With a three-day weekend, we expect to see a gap come next week’s open.

Technicals: The market has taken advantage of the breakout above resistance at 1006, the buying accelerated and now has prices towards the top end of our next pocket which we have outlined as 1020-1027. If the bulls can achieve a conviction close above this level, there is not a lot from stopping it from extending towards 1044 ½-1050 ½. The funds have been reducing short positions for a while now and are likely net long, we should see that confirmed in this afternoons Commitment of Traders report. The RSI (Relative Strength Index) is currently at 69.55, the highest read since July. Shorts have been swinging at a piñata and falling short while the bulls remain in full control.

Yesterday’s Close: March wheat futures closed down 4 ½ cents yesterday, trading in a range of 7 for the day. Funds were estimated sellers of 4,500 contracts.

Fundamentals: Export sales yesterday morning came in at 311,100 metric tons, this was within the expected range from 200,000-450,000 metric tons; last week’s report showed 393,437 metric tons. Bulls need to see better exports to see this market extend its rally. Weather has been a key driver with KC wheat being the leader on that front. Some areas are expecting rain in the near future which could put pressure on prices if they are realized. Currency volatility continues to be something we are watching as it has spill over effect on commodities.

Technicals: Consolidation has been the word of the week as prices have traded sideways for the last week and a half. There’s going to be a lot of resistance from 470-472 ¾, if the bulls can pac-man through this pocket we expect to see another 10-15 cents in the rally. A failure to get that breakout sends us back towards 438 ¾-441 ¾. This pocket represents last week’s lows as well as the 100-day moving average. Bulls are in control as the market has managed to make higher lows and higher highs over the past two months.