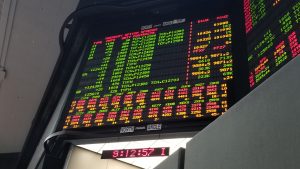 Fundamentals: Global equity markets continue their surge as the DAX joins the party gaining more than 1% this morning for two reasons; a blowout German Retail Sales number coupled with a Eurozone CPI read that fell just shy of expectations. Domestic indices capitalize off weaker currencies, i.e. the U.S Dollar and S&P. This was a great domestic read for Germany, however, the Eurozone CPI coupled with the anticipation ahead of U.S Nonfarm Payroll has encouraged a lower Euro. Asian markets continued their push after Japan finally took out the 1992 highs. The S&P and NQ are also higher ahead of today’s Nonfarm Payroll due at 7:30 am CT. Expectations are for job growth at 190k, we expect a number in the ballpark of 220k. However, for us, as always, the Average Hourly Earnings Growth is most important. Expectations come in at +.3% and we expect a number at .2%; ultimately this is great for equities to some earnings growth but ultimately this lagging indicator along with inflation will keep the Fed from moving any faster than markets have priced in. As discussed for the last three weeks, we will continue to watch the Russell 2000 small caps which have still failed to take out their December 4th all-time high. Lastly, let’s not forget that ISM Non-Manufacturing data, a read we watch very closely, is at 9:00 am CT.

Technicals: Our S&P target of 2728.75 was hit yesterday, congrats to those who jumped on board and especially to those who chased our recommendation above 2700. Both the S&P and NQ are in melt-up mode and we remain Bullish. If you exited as we suggested yesterday and have been following us, there is no reason to force the next trade ahead of data today, especially if you caught the move lower last week. Resistance comes in at 2740.50 and then again at 2747.75, look for a test into this. However, the Russell 2000 continues to concern us and must close out above 1564 today to keep the market as a whole wildly bullish, also coinciding with a continued close above 2728.75 in the S&P.

Fundamentals: Yesterday’s EIA report was actually bearish despite a Crude draw of more than 2 mb than expected at -7.42 mb. This is because Distillate inventories gained 8.9 mb and Gasoline 4.8 mb. This explains the higher than seasonally usual run rate in the read last week; Crude was drawn significantly to create products. Furthermore, production did bounce back from the drop in last week’s report to finish the year at 9.782 mbpd. As we have discussed all week, the situation in Iran has kept a bid under the market and not because of domestic supply disruptions but more so what will happen with the U.S and the nuclear deal/sanctions in a market that is seeing supply currently tighten. Yemen militants took credit for a missile launched at Saudi that was intercepted.

Technicals: Price actin traded to a high of 62.21 yesterday and failed against that May 2015 high and resistance at 62.58 we discussed yesterday. We are now introducing a Bearish Bias to Crude at these levels and traders can look to risk a stop above yesterday’s high. We are not afraid to add on a bounce, however, if it makes new highs traders must not be stubborn. The tape is now hugging where we had support at 61.50 yesterday, this level is now 61.37 today. We have three layers of support above what is now a major three-star level at 58.87-59.96. This is our target to the downside, however, a close below here should get the ball rolling on further selling. We expect to see a record net-long position in today’s CoT, if everyone has bought, who is left to buy. If the selling does not come in today, we will be readily positioned for early next week.

Fundamentals: Gold has stayed elevated extremely well despite strong data this week and ahead of Nonfarm Payroll. Today’s close will boil down to this Nonfarm read. Regardless, we will remain Bullish in the long run, but this could encourage profit taking and a short-term breather; two to five sessions. Expectations come in at 190k jobs created, however, we believe the number will be more like 220k. For us, the bigger component is Average Hourly Earnings growth which is expected to come in at +.3%. We expect to see a lower number at +.2%. Overall, we think the read can be good but not good enough to encourage the Fed to move at a faster pace than already anticipated. Ultimately, the Dollar might hop up a little for two or three sessions, but a good report does not change our anticipation that the Dollar Index can and should test near 87 before the end of Q1. Also, today is ISM Non-Manufacturing, a read that we like to watch very closely, this is due at 9:00 am CT.

Technicals: This is as constructive tape as one could ask for. Today is also the start of the Silver seasonal buy that lasts into February. We have been eyeing major three-star support at 1302-1303.4 as a strong buy opportunity on a pull back this week but to our surprise we have not gotten it. As discussed, we have been Bullish and remain Bullish.

Fundamentals: Yesterday’s storage read was came in below the range of expectations at -206 bcf and price action sold off hard in a delayed reaction. Though we like to believe this was bulls taking profits, the bear camp has not truly relinquished control of this market. Instead, this was likely the bear camp repositioning ahead of a long weekend on the east coast, one that has already seen a lot of school and factory closings. Remember cold weather is bullish Natural Gas, but extreme storms actually lowers demand due to the closings of high consumption buildings.

Technicals: Price action settled below the support level we were eyeing most closely this week at 2.8926. This has completely Neutralized any bias we have in the market and we are now in a wait and see mode. The bears are in the driver’s seat, but we see no edge to either side. Traders can look to resell the first test back to key resistance at 2.8926-2.9048 and risk a close back above here. However, those who are still bullish can find support at 2.734-2.7664, but a close below here is very bearish.

Fundamentals: Treasury markets remain under pressure due to strong global growth data and breakout record highs in stocks across the globe. The 10-year has not taken out the mid-December low but the 2’s and 5’s have though they also consolidated back off those lows ahead of today’s Nonfarm Payroll data. We believe there to be a buy opportunity around the corner in the 10-year, but it will need some help from the data today to hold this level. Nonfarm Payroll is due at 7:30 am CT, we expect to see strong job growth but ultimately expect lagging earnings growth to keep prices in the longer end of the curve afloat. ISM Non-Manufacturing is due at 9:00 am CT and must not be overlooked.

Technicals: Price action neared the December 21st low of 123’125 with a low of 123’135 against our key support level. However, first support at 123’20-123’225 has kept the market in check on a closing basis, this will be critical to watch after today’s data read. We believe long term support at the lower half of 123 will present that buy opportunity once again very soon. Today is building to be the fourth session in a row with a lower high and a close back above 123’27 is need to neutralize weakness.