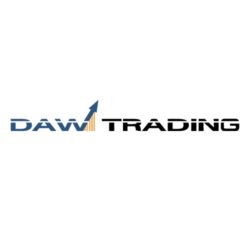 Fundamentals: Today was another tough session for the Euro and we must swallow our pride. While we remain long-term bullish the Euro and bearish the Dollar, this week has gone just the opposite since an exciting session Monday. First, Monday’s high did hit major three-star resistance head-on. Second, we have seen weak data out and jawboning from the ECB this week which has also halted the rally. Fears that some regions might not be recovering as well as others and that a global trade war will further slow growth have gained traction this week. Additionally, solid data from the U.S has been a tailwind for this narrative over the last two sessions. Today the final look at Q4 GDP came in stronger than expected at 2.9% versus 2.7% and Pending Home Sales was a bright spot amidst otherwise dismal housing data. We do want to point out today that Wholesale Inventories today came in at 1.1% versus 0.6% and this is going to weigh on Q1 GDP. Tomorrow is the last day before a long weekend, the markets do not reopen Thursday evening, but the session will be no slouch. German Unemployment data is due at 2:55 am CT and German CPI is at 7:00. All eyes will be on the Federal Reserves preferred inflation indicator the PCE Index due at 7:30 am CT. A soft read on inflation will be enough to stop this dead cat bounce in the Dollar in its tracks. Personal Spending and Income data is also due at 7:30 am, Chicago PMI at 8:45 am and the second read on March Michigan Consumer data at 9:00 am CT. Philadelphia Fed President Harker speaks at noon CT.

Technicals: After testing and holding major three-star support yesterday, price action blew through it today and settled near the session low of 1.23675 at 1.2381. Just below here there is a critical level of support that aligns multiple indicators but most importantly a trend line from the March 1st lows. A close below here will damage the immediate term uptrend and open the door to further selling. Only a close back above 1.2462-1.24915 will completely negate the weakness from the last 24 hours. Still, we are not discouraged from our long-term bullish thesis and believe this is simply some near-term chop.

Fundamentals: The Yen fell out hard overnight, finishing the session in bloodbath fashion down more than a penny. Geological tension with North Korea has been reduced upon Kim Jong Un’s visit to China and comments he is willing to denuke and wants to be friendly with his neighbor. Japan’s parliament approved a new record state budget which added to an already weak trade. Bank of Japan Governor Kuroda also commented that the bank needs to stick with its current monetary policy to meet its inflation goals and though this was not super dovish, it was taken as such given weak near-term landscape. The U.S Dollar continued its surge and stronger than expected data today helped further lift the greenback. The biggest mover today was the Nikkei which is now up 5.5% from Friday’s low, and this has sucked wind directly out of the safe-haven trade despite continued volatility in U.S equity markets. Tonight, Retail Sales and Foreign Investment data s due at 6:50 pm CT. While much of the world is closed for Good Friday, Japan opens for Friday tomorrow night and there is a slew of data; Household Spending, Tokyo CPI and Industrial Production are all due at 6:30 pm CT.

Technicals: The Yen has traded through major three-star support at .9410-.9433 and while this does not take out any previous lows, it does begin to break a trend line from February 21st. This does not crush the Yen trade but a move below major three-star support at .9310-.9342 will do long-term damage. This is not a move that buyers want to step in front of and instead should watch how it treats key support levels just below ahead of the long weekend.

Fundamentals: U.S Dollar strength took the Aussie to the lowest level since December. A poor month for Copper and other commodities on trade uncertainties coupled with recent U.S Dollar strength has also taken a toll on the Aussie. Adding further pressure today was the reinvigoration of the U.S-China trade war. Private Sector Credit and Housing Credit data is due at 7:30 am CT.

Technicals: As we discussed yesterday, bulls must be on the sidelines as the bears are in the driver’s seat. Today’s session settled below major three-star support which we will now place as a pivot; only a close back above here will begin neutralizing this weakness. The next major support level does not come in until .7501.

Fundamentals: The Canadian held fairly well today, all things considered; stronger U.S Dollar and weakness in Crude Oil. Furthermore, U.S officials were more optimistic on NAFTA while Canadian officials were not so much. There has been no data out of Canada this week until GDP tomorrow ahead of the long weekend. Because this is the only dose of big data this week, it will play a crucial role in finishing out the week but will also have to compete with the U.S PCE Index; both are at 7:30 am CT.

Technicals: Despite such weakness in other currencies, the Canadian has continued to hold the pivot of .7745 and for this we have kept a splash of Bullish Bias. Tomorrow’s data will be critical but a continued close above here will keep the bears out of the driver’s seat. Ultimately the bulls need to maintain a close above .7771, a level that as we discussed yesterday price action has held well but unconvincingly.

Cattle Commentary: Cattle futures found footing early in the session and managed to hold it through the close which is a positive sign. The rally seemed a bit sluggish which is a bit of a caution sign as we head into the last trading day of the week, month, and quarter. This could add to volatility as funds may do some additional house cleaning. It is very evident that long liquidation from funds has been a common theme, we will get an updated look at that in the Commitment of Traders report. Cash trade has been all over the board so far this week with the bulk of it coming in around 121.

June live cattle printed their lowest price since June and are continuing to hover just above support from 103.65-104.075. The path of least resistance has been lower for the better part of the last month and there is no sign that that trend is set to turn. With that said, the market is deeply oversold with the RSI (relative strength index) at 23; these oversold conditions could provide a relief rally. Relief rallies are often sold into so bottom pickers should use caution. If we do in fact see a short covering rally, we could see the market shake out weak shorts to and press prices back to the 109 level; what the market does from there would likely influence intermediate term prices.

Feeder cattle have caught a better bid off the recent lows than the fats, but is it sustainable? The market chewed through our first resistance pocket but halted in the second and more significant one which comes in from 139.275-140.25. If the market can chew through this level, we could see the relief rally continue towards 143.15-143.50. A failure to breakout will keep the bears in control and likely lead to a breakdown below the recent lows, the significant support pocket in site comes in from 134.10-134.75.

Lean hog futures caught a big bid today on short covering ahead of tomorrow’s Hog & Pigs report. All Hogs is expected to come in near 103.1%, kept for breeding at 101.5%, and kept for market at 103.3%. June futures finished the session up 2.60 at 76.625, trading in a range of 3.975. This close was just above the first resistance pocket we referenced in yesterday’s report. The next line in the sand doesn’t come in until 77.875-78.175. The bears remain in total control for the time being. Today’s rally has resurrected the RSI which is currently at 44.41, up from 29.37 at yesterdays close.