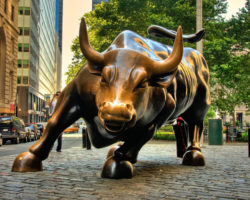 Yesterday’s Close: May corn futures finished the session up ½ cent, trading in a range of 2 cents. Funds were estimated buyers of 2,000 contracts on the day.

Fundamentals: USDA announced a sale of 138,000 metric tons to South Korea yesterday. Yesterday’s weekly EIA report showed that ethanol production increased by 24,000 barrels to 1.049 million barrels per day; this is slightly above the 1.044 mb for the same time last year. Today would normally be export sales day but that has been pushed back to tomorrow due to weather in DC (snow day). Expectations in tomorrows report range from 1,400,000-2,100,000 metric tons. Attention will continue to be on next week’s Prospective Planting and Quarterly Stocks report.

Technicals: Corn is trying to form a near term bottom off of that support pocket we have been referencing which comes in from 371 ¾-373. This pocket represents a key Fibonacci retracement level that has acted as previously significant support and resistance, along with the 50-day moving average. The market is now making a run at first resistance which we have as 378 ¾; this represents the 200-day moving average and was a breakout point at the end of last month. The more significant pocket the bulls want to reclaim on a closing basis comes in from 382-383.

Yesterday’s Close: May soybean futures finished the day up 2 cents, trading in a range of 12 ½ on the day. Funds were estimated buyers of 2,500 contracts.

Fundamentals: Price action was choppy yesterday due to the lack of new news hitting the wires, we would not be surprised to see that carry over into today’s session. Today would normally be export sales day but that has been pushed back to tomorrow due to weather in DC (snow day). Expectations in tomorrow’s report range from 700,000-1,400,000 metric tons. President Trump is expected to announce new tariffs on China today and expected no later than tomorrow. There are some concerns that China, our biggest buyer of beans, could retaliate with soybeans in the cross hairs.

Technicals: The market is seeing the relief rally continue but having a hard time getting above our first resistance pocket which we had outlined as 1038 ¼-1041 ¾. These recent rallies have been sold into and we are expecting that trend of lower highs and lower lows to continue. The bulls need to see a close back above 1049-1055 to change the tide. On the support side of things, first support has widened a bit from 1016-1021 ¾. A breakdown below that we believe would accelerate the liquidation down towards 1006 ½-1009 ¾.

Yesterday’s Close: May wheat futures finished the session up 1 cent, trading in a range of 7 ¾ cents on the day. Funds were estimated sellers of 1,000 contracts.

Fundamentals: Wheat markets are trying to find some footing here after the recent pressure. As with the other grains, there has not been much new news on the wire which has provided the market the opportunity to consolidate and catch its breath. We will continue to keep a close eye on weather conditions in wheat country and will be watching the KC contract as it will likely be the leader. Today would normally be export sales day but that has been pushed back to tomorrow due to weather in DC (snow day). Expectations in tomorrow’s report range from 100,000-300,000 metric tons.

Technicals: The consolidation and a bit of a relief rally is a nice silver lining for the bulls but they should not get too comfortable until they can achieve a close back above resistance, we are looking at a pocket from 466-467 ¾. this pocket represents the 50-day moving average, a Fibonacci retracement and a gap fill from the Sunday night open. A failure to breakout will invite the sellers back into the market.

Fundamentals: The Federal Reserve raised interest rates a quarter point as expected yesterday. Though many believed members would now show a path of four hikes on the dot plot for this year, it was left at three. Next year now shows three hikes, bumped up from two. The Fed also upgraded their growth forecast for this year and next despite a string of poor data reads in February. All in all, this should have been better for the market. The S&P spiked to an initial high of 2744 and ran into a brick wall of technical resistance before fading. The tech sector continues to hamper gains and banks who were trading green immediately after the announcement began paring theirs before turning red into the close. More than anything, it is the news feed weighing on the market. Everything from Facebook’s data issues which have likely brought a contagion to the likes of Apple and others to President Trump’s trade tariffs on China. Ultimately, if the market can battle out a constructive session today in the face of this new “sell first, ask questions later environment”, the upside potential is clearly there. President Trump is supposed to announce trade tariffs on China today and since expectations have already mounted the potential damage, the door is open for a relief rally. Hong Kong raised their benchmark rate last night and regional indices lost about 1%. PMI data out of Europe this morning was weak and German Business Climate was in line but slowed. This coupled with a strong Euro and news flow has put pressure on European equity markets this morning and ahead of the Bank of England monetary policy meeting. Data out of the U.S this morning includes weekly Jobless Claims at 7:30 am CT and PMIs at 8:45 am CT.

Technicals: The S&P is lower this morning and the key level we continue to watch is major three-star support at 2697.25-2702. This aligns the low from earlier in the week with other critical levels, a close above here is needed to keep the most recent uptrend intact. The 100-day moving average comes in at 2694.50 and this brings a second wave of support that will act in conjunction. First resistance will come in at 2712.50 and a trade through here will be very encouraging. Resistance above here remains at 2727-2729.50, the overnight high stopped just short of here, a move out above this level should garner momentum.

Fundamentals: Yesterday’s EIA report was bullish with a draw of 2.622 mb of Crude when a build of 2.6 mb was expected. With the products and production merely inline with expectations, the headline read supported recent momentum. Though U.S production set a new record on yesterday’s estimated data, it is important to remember that a steady rise in production is already priced in. Crude saw further support as the Dollar weakened after the Fed raised rates and traded to an overnight high of 65.74, the highest in the May contract since January 29th. Momentum is strong and geopolitical tension between Saudi Arabia and Iran continues to be a tailwind. Friday’s have been supportive to the market and we think this week will be no different, traders should look to use pullbacks as an opportunity to position long.

Technicals: Crude has been as constructive a chart as they come, and price action traded to an overnight high of 65.74, just shy of the May contract high of 66.02. This morning’s pullback reached a low of 64.60. We are conservative with our first support and have it where most confident; major three-star support at 64.10, we believe pullbacks to this level are buying opportunities. Bulls do want to see a continued close above this level to keep the immediate-term uptrend intact. A move out above 66.66-66.87 is extremely bullish and would signal the next leg to $70.

Yesterday’s close: Settled at 1321.5 but extended gains in electronic session.

Fundamentals: Gold bulls got all they needed from the Federal Reserve yesterday; for them to keep the path of rate hikes this year projected at three. Traders and analysts had begun to project four hikes this year after new Fed Chair Jerome Powell’s congressional testimony at the end of February. However, these expectations only inflated hopes in the Dollar, those of which were crushed yesterday. We discussed this perception in more detail in our FX Rundown last night. Poor data out of Europe early this morning has helped stabilize the Dollar trade slightly, but this only puts further pressure on weekly Jobless Claims at 7:30 am CT and PMIs at 8:45 am CT.

Technicals: Gold built a base at major three-star support at 1303.6-1308 leading up to the Fed meeting and played off this level extremely well early in yesterday’s session. The constructive manner of this chart sets the metal up for further gains. Price action has peeled back slightly, and we want to see a continued close out above 1329.8-1330.5 in order for this immediate-term momentum to remain unquestionably intact. Resistance does come in at 1341.2-1342.9 and a move out above here should encourage a path of least resistance to a trend line that comes in at 1353 today.

Fundamentals: Natural Gas finished yesterday’s session on the lows but has managed to stabilize slightly today ahead of the EIA storage report. Though the East Coast has again been pummeled with winter weather, this and the cold temperatures across much of the country are already priced in. The swings are due to the contract roll and repositioning for a new season.

Technicals: The technicals elude to further weakness but the sellers have failed to really take the reins. Support at 2.688 was breached but the market remains consolidating; a close below here again today will likely pave a path lower. The bulls must regain 2.7341-2.7455 in order to neutralize the tape and continue to encourage a consolidation.

Fundamentals: The Fed hiked interest rates yesterday by a quarter point but left this year’s path at three. An upgrade on next year’s path to three hikes along with a stronger outlook on growth sent the 10-year lower immediately. However, much of the headline news was priced in this kept the bears from pressing the gas. Furthermore, equity markets around the globe have failed to hold ground not only because of the interest rate hikes but poor data from Europe and news risk from the likes of Facebook and China tariffs. This has kept a bid under the Treasury complex coming into this morning. Weekly Jobless Claims are due at 7:30 am CT and PMIs are at 8:45 am CT.