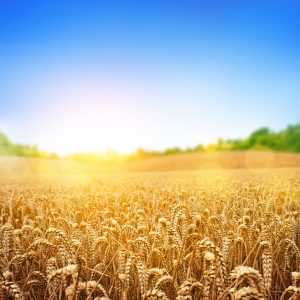 Fundamentals: Export inspections yesterday morning came in at 584,389 metric tons, this was below the estimated range from 700,000-1,000,000 metric tons. It was also below last weeks read of 849,226 metric tons. There is a lot of corn out there and there has been a lack of demand the chew through it all. People continue to talk about the potential for a short covering rally from the funds, but that will take a fundamental catalyst. Right now, all eyes are on South America, and though there are some concerns of dry conditions it does not seem to be a serious issue at the moment.

Technicals: The market consolidated yesterday after a choppy Friday trade following the USDA report. First technical resistance comes in from 350 ½-352 ¼. If you’ve been reading the reports, you know that these levels have been moving lower as the market continues to post lower highs and lower lows. 352 ¼ represents the 50-day moving average, something that we have been referencing for the better part of the last three months as resistance. This is an indicator we have not seen a conviction close above this level since July. If the bulls can achieve that it will open the door to 358 ½-359 ¼. On the surface it doesn’t seem like a big rally but in context it is a decent run. A break and close below 345 opens the door to our support pocket from 334-335 ¼.

Yesterdays Close: March soybeans finished yesterday’s session up 4 ¼ cents, trading in a range of 6 ¾ cents on the day. Funds were estimated buyers of 5,000 contracts.

Fundamentals: Export inspections yesterday came in at 1,231,037 metric tons, this was towards the top end of the expected range from 1,000,000-1,300,000 metric tons. This was also above last weeks read of 1,183,089 metric tons. Yesterday was the release of the December NOPA crush report, that came in at 166.382 million bushels which marks a new record for December; analyst estimates were for 15.385 million bushels. The market has some wind in its sail which is giving the bulls some renewed confidence. Weather and crop developments will continue to be monitored in South America as drier conditions could be worrisome.

Techncials: We have been friendly on beans recently, but we need to see a conviction close above 971 ¼ to get more enthusiastic. If the bulls can achieve a close above this level, we would not be surprised to see short covering from the funds take us to 985-986 ½. This pocket contains several technical indicators including the 50 and 100 day moving average, along with the 50% retracement (middle of the range) from the June lows to the July highs. If the market is unable to chew through first resistance in the near future, we expect to see a consolidation back towards the bottom end of the range near 950.

Yesterdays Close: March wheat futures finished the session down 4 ¼ cents, trading in a range of 9 ½ cents on the day. Funds were estimated sellers of 5,500 contracts.

Fundamentals: Export inspections yesterday morning came in at 368,651 metric tons, this was towards the top end of the expected range from 200,000-400,000 metric tons. This was also above last week’s read of 234,418. The market has been kept under pressure by ample global supply and dismal demand. As of now, it does not appear that trend is going to continue which is why we continue to have a bearish bias on any attempted rally. The colder dry temperatures helped put some premium in the market but that has quickly evaporated with the help of Fridays USDA report affirming supply concerns.

Technicals: The market failed to achieve a conviction close above the 50-day moving average last week which could have encouraged funds to start covering shorts. This will continue to be a key resistance indicator going forward, it comes in at 430 ¼. First resistance this morning comes in at 425 ¼. If the bears can defend resistance, we expect to see new contract lows sooner rather than later.