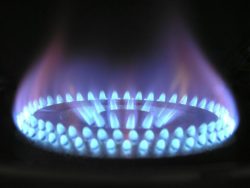 Fundamentals: The S&P traded to a high of 2672.25 yesterday, reaching such when extending gains late-morning. However, the NQ posted a high upon the European open at 2:00 am CT and traded to a series of lower peaks through the morning. While the S&P fell just shy of our rare major four-star resistance, the NQ hit major three-star resistance dead on. Additionally, chips were greatly lagging the market; Micron was down 6.65% on a sell recommendation and NVIDIA finished down 2.15%. At this point, it becomes greatly important for longs from Wednesday to not be greedy. Especially so, knowing that Nonfarm Payroll is tomorrow. Traders who stuck to their plan were flat or even short upon the roughly 5:30 pm CT White House press release that called for an additional $100 billion in tariffs on China in response to their retaliatory efforts on the initial tariffs. The S&P traded to an overnight low of 2619.75 but has stabilized in the middle of its session range ahead of this morning’s Nonfarm Payroll report which is due at 7:30 am CT. The most important component of today’s read is Average Hourly Earnings. This is expected to come in at +0.3% MoM. Last month’s weak +0.1% was enough to boost equity markets on the idea this would slow down the pace in which the Federal Reserve tightens policy. We believe an inline read today would be neutral and even potentially weigh on the market if job growth comes in much stronger than the 193k expected (above 225k). Strong wage growth points to traction in inflation and supports rates. While the 10-year Treasury has retreated significantly from its 2.957 high on February 21st, LIBOR and the Eurodollar have not. In fact, a continued increase in LIBOR and the Eurodollar rate pose a serious headwind to the stock market as a whole. Also, on the calendar today is Fed Chair Powell who speaks in Chicago at 12:30 pm CT; this must be closely watched as he will almost certainly address the economy and policy. Overnight, China responded to President Trump’s new tariff by promising to fight, “to the end, and at any cost.” Considering all of this, unless we see another jobs number giving the market exactly what it wants, +0.1% MoM in Average Hourly Earnings and +200k jobs, investors are likely to be cautious ahead of the weekend.

Technicals: Price action failed short of our rare major four-star resistance at 2697.75 yesterday. Pullbacks intraday were constructive against what was major three-star support on yesterday’s session at 2647-2649.50, holding it perfectly. However, the news in the evening roiled markets and last night’s low was 2619.75 before recovering. This move perfectly tested a pocket of support we defined as 2613.25-2618.75 yesterday and adjusted to 2615.75-2618.75 today; this is now major three-star support and a close below here is bearish. The bulls must maintain price action above 2646 through the session or face vulnerability into the close. A move and sustained price action back above 2652.75 will neutralize the overnight weakness.

Fundamentals: What ended as an upbeat and slightly constructive session yesterday turned sharply lower upon the evening announcement that the White House plans to levy an additional $100 billion in tariffs against China. The developing trade war has exuded caution in the energy sector. The fear is this would slow global growth and thus Oil demand. We do remain upbeat in Crude Oil and believe higher prices are right around the corner. Today is Friday and Friday’s have been friendly. However, more importantly Nonfarm Payroll is due at 7:30 am CT and Fed Chair Powell speaks at 12:30 pm CT. Both events will bring extreme volatility to the U.S Dollar. A weaker Dollar would be supportive to Crude Oil.

Technicals: The Technicals have been a headwind for Crude as major three-star resistance at 63.86-64.23 clearly held the market back through yesterday’s session. The pivot level remains at 63.13-63.23 and the tape has flirted with this area all night; sustained price action above or below here will elude to a near term edge. We cannot stress enough how key the U.S Dollar will be to today’s trade.

Fundamentals: The Gold trade has been fairly depressed since the spike Tuesday night and through Wednesday morning. However, it began to see some life upon the announcement that the White House will impose an additional $100 billion in tariffs on China due to their retaliatory efforts. Price action reached an overnight high of 1336.7 before dissipating into this morning. The Dollar Index regained the 90 mark and its strength not only over the last two sessions but over the last two weeks has weighed on Gold. Regardless of this all, today will be all about Nonfarm Payroll which is due at 7:30 am CT. Average Hourly Earnings will be the most closely watched component and expectations are for +0.3% MoM. Job creation does remain important but clearly takes a back seat to wages, +193k jobs are expected to have been created in March. The day is not done after this number and Fed Chair Powell is scheduled to speak at 12:30 pm CT.

Technicals: Gold is testing first key support this morning and has struggled to hold the pivot. This seems to have given the bears the slightest edge, but ultimately, this could be nothing more than a squeeze ahead of jobs data. Regardless, we remain unequivocally long-term bullish gold and see tremendous value down near the psychological $1300 mark. A close out above 1339.6-1340.2 resistance will give the bulls a clear edge heading into next week.

Fundamentals: Yesterday’s Natural Gas storage read came in on the top side of expectations at -29 bcf. This spiked price action lower. However, things quickly stabilized as there is value seen near 2.60 and as traders’ eye uncertainty in weather patterns over the next week; it snowed in Chicago yesterday.

Technicals: Though we remain Neutral, we have been adamant that there is value near key support at the 2.60 level. Though price action did not get here, it just depends how aggressively bullish one might be. We imagine that the tape will try to close above the pivot ahead of the weekend.

Fundamentals: Treasury prices grinded lower though yesterday’s session as there was a calming over global equity markets and everything seemed right for about 24 hours. Not so fast, last night’s press release from the White House that they plan to impose an additional $100 billion in tariffs against China for their retaliatory efforts roiled markets. Still, the Treasury complex has been fairly subdued as traders’ eye today’s Nonfarm Payroll report and Fed Chair Powell’s speech at 12:30 pm CT.

Technicals: We remain Neutral ahead of today’s data but support at the 120’15 level has worked wonderfully. Look for this level to hold through today’s session and weakness in equities ahead of the weekend to point to a buying opportunity.