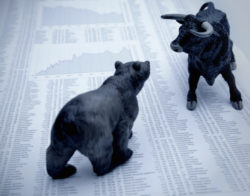 Yesterday’s Close: December corn futures finished yesterday’s session down 2 ¾ of a cent, trading in a 3 ¾ cent range for the day. Funds were estimated sellers of 5,000 contracts on the day.

Fundamentals: The fundamental landscape hasn’t changed much over the last 24 hours. There has been a nice window this week for farmers to keep pace with harvest, this may be keeping a lid on a near term rally. The dollar worked higher yesterday which didn’t help the bull case, if it starts to retreat, we would view that as friendly. Export sales tomorrow morning is the only scheduled announcement that may influence the market. We have seen a string of subpar numbers; the bulls are hoping that trend ends tomorrow. It is the last day of the month which may cause funds to tighten things up.

Technicals. The market peeled back yesterday and remains trapped between the 100 day and 50 day moving average. The bulls want to reclaim ground above the 100-day moving average which comes in at 368½ this morning. Consecutive closes above here could invite additional buyers into the market. The significant resistance pocket on our radar doesn’t come in until 375 ¾-378 ½. On the support side of things, 360 ¼-363 ½ is the pocket the bulls MUST defend on a closing basis. A break and close below could open the door for long liquidation from the funds.

Yesterday’s Close: January soybeans finished yesterday’s session down 6 ¾ cents, trading in a range of 9 ¼ cents. Funds were estimated sellers of 7,500 contracts on the day.

Fundamentals: There has been a window of opportunistic weather for producers to catch up on harvest, that has likely played a hand in the weaker price action to start the week. Outside of that, there has been little new news on the wires over the last 24 hours and not much expected today. Export sales will be out tomorrow morning, bulls need to see a strong number to have a chance for a rally in the back half of the week. It is the end of the month, so perhaps we see some position squaring from the funds.

Technicals: The market worked below technical support yesterday which is exactly what producers and other bullish market participants didn’t want to see. This opens the door for a potential retest of the September 18th lows at 826 ¼. Bears are in complete control until the market closes back above 863 ½-877. The RSI (relative strength index) is at 38.09 this morning, still above what is considered “over-sold conditions”.

Yesterday’s Close: December wheat futures finished yesterday’s session down 6 ¾ cents, trading in a range of 10 ½ cents. Funds were estimated sellers of 7,000 contracts on the day.

Fundamentals: Wheat remains under pressure as the U.S. dollar continues to march higher. The lack of bullish news has the sellers piling in as prices work back towards recent lows. Export sales tomorrow is the next scheduled announcement that may have an influence on price. Export sales have been better than what we have seen in corn and beans, but still not good enough to get the shorts nervous.

Technicals: Wheat is now 20 cents off the Sunday night highs. The inability to hold that initial rally was a big caution flag as we look to round out the month. With the market now back below the psychologically significant $5.00 handle it appears a retest of 485 ½ is in the cards. How the market responds from that level will be very telling for the intermediate term. Bullish traders want to see a capitulation like trade.

Fundamentals: Equity markets across the globe are looking to finish a dismal month on a positive note. U.S benchmarks are higher, and the NQ is leading the way up more than 1% after a solid showing from Facebook’s earnings report. The S&P finds itself back to Monday’s high and will face the true test through the day-session’s first hour, an hour where overnight gains have dissipated more quickly than incurred. We find the broad global risk-on sentiment rather surprising at face value and must wonder whether this is simply a relief rally into month-end. The German Dax and China’s Shanghai Composite are both up 1.35% this morning. First, yesterday Eurozone Q3 GDP showed slower growth than expected; QoQ was the worst since Q3 2014 and YoY was the worst since Q4 2015. However, this morning’s CPI inflation read was stronger than expected. The inflation component encourages the ECB’s path of tightening policy but without the warranted growth; at least in the near-term, not a reason for equity markets to rally. As for China, a jump today is only a drop in the bucket for an index that has lost more than 25% on the year. Last night, Manufacturing PMI expanded at the weakest pace since it contracted in July 2016; this certainly does not support the 1.35% gain. If you have not picked up on it, we do not trust the higher open in the S&P. Still, we are not Bearish in Bias and we are not selling to go short.

Today is another busy day of earnings with GM, ADP, YUM!, Kellogg, Sprint, Bunge and more ahead of the bell. AIG and Allstate highlight the deluge after the bell. Earnings across the board matter, they are the lifeblood of stocks. Still, none this season will be more crucial than Apple’s release tomorrow and this is another reason that today’s rally must be taken with a grain of salt; Apple must confirm such.

ADP Payrolls are due at 7:15 am CT. This week’s economic calendar heats up tomorrow with ISM Manufacturing and then Friday brings Nonfarm Payroll.

Technicals: Price action has grinded higher since the last hour yesterday and is facing major three-star resistance at 2707-2713. This level aligns several key technical indicators with the high-volume low on October 11th and a steep downtrend created from the October 3rd high. Pullbacks will face a critical battleground at 2687.50-2692.50; when price action has dipped below, longs have gotten nervous. From there we are looking at a pocket that has reoccurred through the week and proved critical for sentiment yesterday at 2666.25-2673.75; if this level holds through the session that it would provide a platform for buyers to begin to feel confident.

Fundamentals: Inventories are front and center this morning as Crude Oil is staring down the barrel of its sixth straight week of builds. Yesterday’s private API survey confirmed such with Crude building more than analysts expected at 5.7 mb. However, this was offset by larger than expected draws in the products; -3.5 mb Gasoline and -3.1 mb Distillates. Ultimately, yesterday was extremely technical and we will discuss further in the ‘Technical’ section below. A more favorable risk-on sentiment in the second half of yesterday and through this morning has also buoyed the battered market. However, as we mentioned in the ‘S&P’ section above, the data is not supportive, especially such from China last night. Today’s EIA expectations are for +4.11 mb Crude, -2.137 mb Gasoline and -1.369 mb Distillates. The composite of the data must be watched closely, and yesterday’s API came in at about 1.5 mb less than EIA expectations and this along with the headline Crude read must be taken into consideration. Lastly, over the last two weeks, we have not seen the production lost due to the hurricane come back online in the estimated data and traders must watch for this.

Technicals: Yesterday, price action landed a direct hit on major three-star support at 64.90-65.32. As we have been saying this week, weak rally attempts have encouraged a bear flag-like stair stepping pattern downwards similar to the one we have been seeing all month. Yesterday was that breakdown but it was rejected. This would signal that a bottoming process is underway, but we now must see the constructive closes necessary to support such. A close back above the 200-day moving average for the continuous chart at 67.43 would be the start.

Fundamentals: Gold is lower this morning and we must remind you that this is not a surprise to us. Gold rallied as much as 5% from its low on the month and failed to hold major three-star resistance; for us we have been reiterating the value in the near-term is limited. The Dollar Index is testing the August front month high and the Dollar against the Chinese Yuan is at the highest level since May 2008. Poor economic growth data from both Europe and China this week have failed to support Gold in the face of the rising Dollar. However, Eurozone CPI was better than expected this morning and brings a reason to keep an eye on the Dollar/Euro relationship through today’s session. ADP Payrolls are due at 7:15 am CT, ISM Manufacturing is due tomorrow and Nonfarm Payroll on Friday is the pinnacle of the week.

Technicals: Gold did not close below major three-star support yesterday, but this level will be crucial on a closing basis today and the metal can neutralize this weakness above 1219.6-1220.7. A close back above first key resistance at 1227.6-1228.6 is bullish. There is strong support all the way down to the 1200 area and Gold seems to be targeting such.