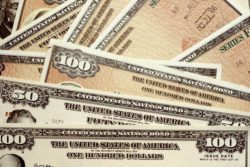 Fundamentals: The S&P gapped higher on the open last night, trading to 2736.25. Though still holding gains of more than 0.5%, price action has dissipated from the spike. After eight straight sessions of gains, the S&P consolidated through last week awaiting news on trade talks with China and NAFTA. On Sunday, Treasury Secretary Mnuchin announced that the U.S and China trade war “is on hold for now”. Despite specifics being unknown, China has promised to significantly increase purchases of agricultural and energy products. Still, both sides seem to have walked away from the table happy; Mnuchin also pointed to a deal here allowing more time for NAFTA talks as the next deadline approaches. Google is up 0.5% this morning after losing 1% on the hype leading up to the 60 Minutes story last night. A new populist government was formed in Italy this weekend, but there has been no reprieve on worries; Italian equities are down nearly 0.5% this morning and about 2% in the last month while the Italian 10-year gained about 7 basis points overnight, drastically widening spreads with its neighbors. Chicago Fed National Activity is due at 7:30 am CT. Atlanta Fed President Bostic speaks at 11:15 am CT, Philadelphia Fed President Harker at 1:05 and Minneapolis Fed President Kashkari at 4:30.

Technicals: This is a great start to the week, it now must hold through today’s close; the S&P opened at 2728.75 and traded to a high of 2736.25 before peeling back into this morning. Importance is now pinned to our 2729.50-2731 level, one in which we must see a close above today; a failure to do so would neutralize the excitement from last night’s open. Ideally, price action can build a shelf at and around 2725.75 and the session low of 2724.25, doing this will be constructive in building for a late session push higher. First key support comes in at 2719.50, however, this is not the gap. To that point though, holding this level and not fully covering the gap before turning north would also be very constructive. The first test to 2719.50 should bring a strong buy opportunity. However, if it does not hold, adding into the gap and support at 2711-2713 should still provide a profitable trade opportunity. A close below 2711-2713 will signal a failure on the session and open the door lower.

Fundamentals: Crude Oil traded to a high of 72.01 on the open last night on news that the trade war between the U.S and China is “on hold for now”. China has promised to buy more agricultural and energy products from the U.S but numbers are not too specific. Baker Hughes Rig Count on Friday showed no rigs added. Additionally, the Commitment of Traders shows a reduction in the Managed Money net-long position for the fourth straight, however, prices have remained stable above the $70 market. These are all bullish factors, however, with the expiration of the June contract officially coming tomorrow this could keep price action tight for a bit even though the contract is not being traded.

Technicals: We are theoretically still Bullish in Bias, but it is tough for us to get excited about being long at these levels after our target has been achieved. Look for price action to stay above first key support today to remain extremely constructive. However, a consolidation lower is not a bad thing and could bring some value down at second key support.

Fundamentals: The selling in Gold paused late last week but the news that the U.S and China trade war is “on hold for now” has reinvigorated the downside, at least for now. The Dollar Index traded to a new swing high of 93.965 overnight on this news but also as Italy remains a headwind for the Euro. This weakness is not all a bad thing though, it gives Gold an opportunity to achieve strong technical support with firepower on the economic calendar to not only bounce today but as the week unfolds. Today we look to Chicago Fed National Activity is due at 7:30 am CT. Atlanta Fed President Bostic speaks at 11:15 am CT, Philadelphia Fed President Harker at 1:05 and Minneapolis Fed President Kashkari at 4:30.

Technicals: On Friday we pointed to a tremendous resistance level in the Dollar Index just above the 94 mark and this is now coming into play. It also aligns with major three-star support in Gold at 1277.5-1278.3 and three-star support in the Euro at 1.1735. We view this area as an opportunity for a swing trade back near 1300. One factor we find slightly disappointing is the Commitment of Traders; while longs have drastically reduced their position over recent weeks, last week’s data did not show much of such. Still, the net-long position is now at the lowest level since January 2016, when it was coming out of a net-short position.

Fundamentals: The tape remains firm as the summer nears and storage remains an ongoing question. If in fact this summer plays out as we think it could, requiring significantly more cooling days than average we should see the $3 mark get tested in the coming weeks. Lastly, couple this with a steady rise in exports.

Technicals: Extremely low volatility in recent weeks subdued the potential breakout last week and instead emphasized resistance at the recent peak of 2.873. Price action stalled here Friday but continues to consolidate above the crucial pivot and breakout area in a constructive manner. Trend line support now aligns with the bottom end of the pivot, a close below here should lead to further selling.

Fundamentals: One could make the argument on whether last week’s breakdown was more fundamental or technical and both could be right in their own respects. Prices paid have become the new buzz and we have seen firm data on such. Although, no one must look much further than the recent rise in energy prices to make sense of inflation gaining traction. However, this does not mean the Federal Reserve will squeeze in a fourth hike this year. Quite the contrary, remember, in the Fed’s most recent statement they pointed to a “symmetric inflation” objective and implied they are willing to allow inflation to run past their 2% target without forcing action. This week we will get a closer look with the Minutes from that meeting due on Wednesday. We also have Fed Chair Powell on the calendar for Friday. Additionally, 2’s 5’s and then 7-year Notes will be auctioned Tuesday, Wednesday and Thursday. News over the weekend that the trade war with China is “on hold for now” encouraged pressure on Treasury prices from Friday’s bounce given a bigger risk appetite to start the week. Lastly, we are very curious to see if strong demand shows up in the auctions this week, maybe from China. Remember strong demand showed up in the 30-year auction two weeks ago.

Technicals: Price action traded firmly out above the pivot on Friday but fell shy of regaining major three-star resistance at 118’31. This level will be tough but a move out above here will neutralize the tape. Just above there brings another major three-star resistance level, one that in the case of a move through should break the downtrend. Still, we must see price action remain above the pivot to stay constructive at best.