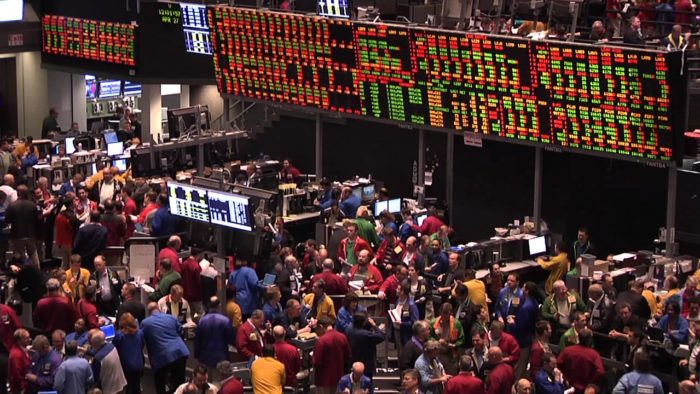 Fundamentals: A record setting start to the week has held ground fantastically though the ‘buy the news’ excitement continues to slip from headlines. Yesterday, we detailed greatly in the ‘Technical’ section what must happen in order for this immediate-term technical momentum to remain intact. The one-two punch of tailwinds from the Federal Reserve and positive steps on international will get put to the test over the next 24 hours. While the U.S and Mexico have reached a trade deal in principle, the question is whether Canada will join before the White House’s imposed Friday deadline. Canada’s Foreign Minister Freeland arrived in Washington yesterday and will work closely with U.S Trade Representative Lighthizer; Canada is the number one trade partner to the U.S and Mexico is number three. A major catalyst for our Bullish Bias in equity markets is that we do not believe the U.S will announce or impose the third wave of tariffs on their number one trade partner China worth $200 billion in goods. This would be the official start to the trade war and at record levels, the equity market has not priced this in. Furthermore, we believe that last week’s talks between the U.S and China achieved their purpose; to delay this third round. The White House is expected to make an official comment on these tariffs on September 5th, so traders want to approach this date cautiously. Today, we get the second look at U.S Q2 GDP, the first look matched expectations at 4.1% and analysts expect this revised number to come in just below at 4.0%. Components on Real Consumer Spending and Corporate Profits are also released, these have fueled the economic expansion and must be watched closely. One thing we do know is that the consumer is alive and well after overall strong retail earnings, Retail Sales and that blowout Consumer Confidence number yesterday. Pending Home Sales data is at 9:00 am CT. tomorrow though is the real test, July PCE, the Federal Reserve’s preferred inflation indicator is due at 7:30 am CT. The June read dipped from 2.0% to 1.9% and the Fed’s softened inflation expectations has been one of those aforementioned tailwinds.

Technicals: Yesterday’s more or less quiet session did nothing wrong. In fact, momentum has remained strong enough to keep the S&P from directly testing first key support at 2889-2891.25 with a session low of 2894.25. Furthermore, price action achieved a close above the 2898.50 pivot. Here yesterday, we said the Russell 2000 is a good indicator on whether momentum could be shifting and while it only briefly took out first key support, it held our major three-star level perfectly and has remained buoyant since. We must continue to watch this 1720.8-1721.9 level because it is likely to be taken out before the S&P shows its vulnerability. While traders want to be more cautious if first key support in the S&P is taken out, we believe this market is a near-term buy until a close below major three-star support at 2876.75-2878.50.

Fundamentals: This is not the first time we will say it this week, Crude Oil is the most constructive commodity on our charts and we remain Bullish in the intermediate and long-term. However, as always, traders do want to tread inventory data with a dose of caution. In fact, Crude has held great since the private API survey reported slightly larger inventories that expected after the bell yesterday; +0.038 mb Crude, +0.021 mb of Gasoline, +0.982 mb of Distillates and +0.13 mb at Cushing. As one could see, these are only minor shifts in inventories and ultimately allowed Crude Oil to remain constructive off major three-star support yesterday. Analysts expect today’s official EIA read to show -0.686 mb of Crude, +0.37 mb of Gasoline and +1.592 mb of Distillates. With expectations only slightly deviating from neutral, anything outside of this ballpark would encourage price movement. Last week, estimated production regained the 11.0 mbpd mark and traders should keep an eye on this figure as well as the recently fickle import data.

Technicals: Price action is making another valiant attempt to breach first key resistance at 68.86-69.19. A close above here should sling shot Crude Oil to what is now our next major three-star level at 70.43-70.92; this aligns multiple technical indicators as well as a trend line from the October contract high in May. To the downside, the line in the sand is drawn, especially after testing and holding yesterday; major three-star support comes in at 68.03-68.10 and though a close below here will dent the near-term momentum and encourage a consolidation it will not negate the constructive intermediate and long-term pattern.

Fundamentals: U.S Consumer Confidence yesterday was the best read in 18 years and this forced the recent recovery in metals to take a breather. Gold reached a high of 1220.7 before slipping more than 1% to a post-settlement low of 1205.8. This is fine! In fact, early yesterday morning well before Consumer Confidence, we revised major three-star support lower (discussed in the ‘Technical’ section below). Furthermore, we have pounded the table on managing risk and locking in something from Friday’s rally since our Midday Market Minute on Monday. Point being, nothing moves in a straight line and when using leverage, trades must be managed. The Dollar is slightly stronger this morning after Consumer Confidence ended the recent bleed. Emerging market currencies such as the Chinese Yuan have slipped a bit after tailwinds from the U.S and Mexico trade deal dissipate and as Turkey finds itself in the news once again with the Lira down as much as 5.5% in the last 48 hours. On the bright side, after the immense safe-haven winds have come out of the Dollar’s sails, the Index lost as much at 2.6%. Gold is likely seeing a small bid due to Turkey this morning; even the slightest bit of normality for Gold is great to see. The second look at Q2 GDP is due at 7:30 am CT and Pending Home Sales are at 9:00 am. Tomorrow brings a big read on inflation with PCE.

Technicals: Gold traded to a low of 1205.8 and we were prepared for such yesterday morning as we moved major three-star support down to 1204, now 1202.5-1204 to align with a trend line from the lows. Yesterday’s settlement though remained above the 1210.7-1212.5 level which makes this our pivot today; a close above here today is bullish and signals a very resilient effort from Gold, one that should bring further gains in the near term. A close below 1202.5-1204 today will significantly damage the immediate-term momentum.

Fundamentals: The lack of bullish headlines and the ideas of a big crop continue to weigh heavy on the market, inviting new sellers to step in and encourage longs to throw in the towel. We would not be surprised to see the pressure continue as harvest starts to rev up. The only news on the horizon for the remainder of the week is weekly ethanol data today and export sales tomorrow. We would not be surprised to see things die down considerably with the holiday upon us.

Technicals: The bears remain in full control and they look poised to take prices down to the July 12th lows of 350 ½. Ultimately, we would not be surprised to see a breakdown below this level. Finding the next support pocket from there becomes tricky sense we will be in uncharted territory for this contract. Using the continuous chart, we would have the next support level coming in at 338 ¾. On the resistance side of things, 368-370 ¾ is the pocket the bulls MUST reclaim. This pocket represents the 50 and 200 day moving average as well as previously important price points.

Fundamentals: As with corn, the lack of bullish headlines are leaving market participants to only talk about the big crop coming down the pipeline. We would not be surprised to see the market continue to work lower as harvest starts to ramp up. There will be light at the end of the tunnel, but we have a hard time seeing it right now. Export sales will be released tomorrow morning, after that there is not a lot on the schedule for news and with it being a holiday weekend we could see things die down considerably.

Technicals: The technical landscape remains bearish as prices hover near the July lows of 826 ¼. A break and conviction close below here will likely accelerate the selling. Trying to find the next support pocket is a guessing game with prices at multi year lows, rendering the continuous chart useless. The next obvious psychological pocket would be 795-802.

Yesterday’s Close: December wheat futures finished yesterday’s session down ¾ of a cent, trading in a range of 10 ½ cents. Funds were estimated to have been flat wheat.

Fundamentals: The market has been trending lower for the better part of the last month as concerns over tightening supplies subside. The market is rebounding in the early morning trade but is more of a technical move in our mind (see full technical breakdown below). We also take the overnight and early morning trade with a grain of salt due to the lack of participation, volume confirms price. If we see additional short covering, you can expect to see more headlines appear that read something like “Global Production Concerns ……….”. We will likely write those headlines off as much of that has been priced in already.

Technicals: The market managed to hold our pivot point at 523 on a closing basis, this point represents a key retracement on the year along with the 200-day moving average. The market has spring boarded off of here in the overnight/early morning trade, taking us to first resistance which we see as 538 ¾-542 ½, this pocket represents the 50 and 100 day moving average, the 50% retracement on the year, along with previously important price points. We could see a continuation but feel these bounces are to be sold.