Yesterday’s Close: July corn futures finished the day down 1 ¾ cents, this after trading in a range of 7 cents. Funds were estimated sellers of 11,000 contracts on the session.

Fundamentals: Yesterday’s export sales report for corn came in at 785,568 metric tons, this was within the trade estimates. Yesterday’s USDA report was relatively neutral. The 2017/2018 ending stocks number was left unchanged at 2.182 billion bushels. 2018/2019 ending stocks came in at 1.682 billion bushels, this was down .590 billion bushels from the previous report. There was a lot of hype going into the report not because there were crazy expectations, but because the market is thirsty for new news to support a directional move. We remain friendly corn but would not be surprised to see producer selling (hedging) pick up and keep a near term lid on things.

Technicals: As mentioned above, we are still optimistic corn prices but welcome a deeper pullback for a better value opportunity; price is what you pay, value is what you get. We are adjusting support down, the pocket we are keeping an eye on now comes in from 394 ½-397 ¼. This pocket represents the 50-day moving average as well as a key Fibonacci retracement for the years range. This would also mark higher lows. On the resistance side of things, a close back above 404 ¾ lends hand to an extension towards 411-412 ¾.

Yesterday’s Close: July soybeans finished the day down 3 ¼ cents, this after trading in a range of 19 ½ cents. Funds were estimated buyers of 6,000 contracts.

Technicals: The market poked its head above resistance seconds after the report but failed to maintain momentum. The inability to hold a rally above 1027 into the close keeps the bears in control. Prices are continuing to linger at the low end of the week’s range, a break and close below will accelerate the selling. A close below 1010 ¾ opens the door for a run towards 988 ¾-994 ¾. This pocket represents a key retracement from the years range, along with previously important price points this year.

Yesterday’s Close: July wheat futures finished the day down 5 cents, this after trading in a range of 14 ¾ cents for the session. Funds were estimated sellers of 4,500 contracts.

Technicals: The market tested first support yesterday and managed to hold, but prices look poised for a retest. First support comes in from 495-500 ¾. This pocket represents the 50-day moving average and a gap from April 27th; along with other previously important price points. A break and close below will likely accelerate the selling down towards 477 ½-482 ¾. This pocket represents a key retracement going back over the last 12 months, as well as the 100 and 200 day moving average.

Fundamentals: The S&P closed at the highest level since March 20th. Yesterday was the sixth positive session in a row and the soft read on inflation spurred broad based buying. Price action tested out above major three-star resistance but settled hugging the big level in which it failed at less than a month ago. The tape remains firm into this morning and ahead of the weekend with all major indices holding gains. NVIDIA is down almost 2% premarket despite trading to a new all-time high yesterday and beating earnings after the bell; keep an eye on this sector. Also, drug manufacturers did not participate as broadly yesterday, President Trump is due to deliver a speech on drug prices later today. Major European indices are slightly negative while those in Asia (Nikkei and Hang Seng) are up 1%. Yesterday’s CPI, inflation indicator, missed across the board. Most importantly, the Core MoM read gained only 0.1%, the lowest since November. This has knocked the Dollar off the highest level since the December Fed meeting. We have pointed to the recent rise in the Dollar as holding back the S&P, watch this trade closely and the Dollar could now become a catalyst. St. Louis Fed President Bullard speaks at 7:30 am CT and Import/Export Price Index are also due then. ECB President Mario Draghi speaks at 8:15 am CT at the EU State of the Union Conference. Maybe most important to the session is the first look at May Michigan Consumer data at 9:00 am CT; this will be a push and pull number given the Dollar, but equities do not want to see a big miss.

Technicals: The S&P is in breakout mode this morning with price action firmly out above the 2718.50 level in which it settled at yesterday. The failure to hold yesterday’s highs through the close did keep the breakout in check; we must see a firm close above here today in order to confirm this. The next major three-star resistance level have comes in at 2744-2747. There is a trend line from yesterday’s pullback to 2713 that now comes in at 2718.25 this morning and rising, look for price action to remain constructive against this. Below here, buyers can look to step in against the first test to 2709.50. Further support comes in at 2703-2704, but a close below here will encourage profit taking.

Fundamentals: Crude Oil reached its swing high of 71.89 early yesterday morning before seeing a wave of profit taking. The low of 70.56 could not even test the psychological $70 mark before buyers stepped in strongly. The tape has consolidated between these levels as the weekend approaches. Considering the recent geopolitical environment centered around Iran on all fronts, we imagine there will be lack of selling interest as the day unfolds. Remember, our target has been 72.35. As this has essentially already been achieved, it is important to remain nimble; buy the dips and sell the rips. Baker Hughes rig data is due at noon CT. Also, the Dollar has weakened from the highest level since mid-December, continued weakness will be another bullish catalyst for Crude.

Technicals: We remain Bullish in Bias, but as we stated above, it is important to stay nimble since our target has essentially been achieved. Dips early in the session should prove to be a buying opportunity as we expect price action to stay bid into the weekend. Ultimately, if it can stay above 71.17-71.36, that would make the aforementioned landscape more bullish. 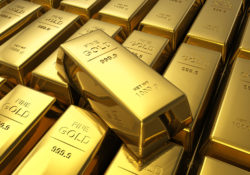 Fundamentals: Gold got a firm bid from yesterday’s CPI miss. The read missed across the board but most importantly the weak MoM was +0.1%, the lowest since November. If inflation is stalling, the Fed will have no chance in hiking four times this year. Furthermore, their message last week was one in which they implied they will allow inflation to run hot rather than hike four times. If this data continues to slow, the third hike will then come into question; this would be one of the many catalysts that could send Gold above $1400 by August or September. Today we look to St. Louis Fed President Bullard speaks at 7:30 am CT and Import/Export Price Index are also due then. ECB President Mario Draghi speaks at 8:15 am CT at the EU State of the Union Conference. Maybe most important to the session is the first look at May Michigan Consumer data at 9:00 am CT.

Technicals: Its alive! But not out of the woods yet. Gold is trading above first key resistance at 1323.9 and must maintain this level on a closing basis to secure a beautifully constructive bottom. Major three-star resistance comes in at 1327.2-1327.9 and close above here breaks the recent downtrend. A close below the 200-day moving average at 1315.5 will signal a near-term failure.

Fundamentals: While many had looked to an expected build in the low 80s bcf, we had given a range of +81 to +94 bcf. Yesterday’s +89 bcf read may have seemed bearish to some, but not us. Considering the upper-end of these expectations, the data fell arguably in the middle. Now, consider the potential higher than expected number of cooling days right around the corner and you have a reason to be a buyer. Still, there is not much value at 2.80 in the near to intermediate term so tread this area carefully.

Technicals: Price action is running into major three-star resistance at 2.8169-2.837. A close above here should garner further buying but this level now also aligns with a trend line from January 30th contract highs. We are Neutral and look to pullbacks as potential buying opportunities.

Fundamentals: The 10-year put in a firm session yesterday as it tried to solidify a low on this recent pullback. Supporting prices early was a miss on CPI, but also strong interest in the 30-year auction at noon sent the 30-year positive as much as 0’20 ticks and aided the 10-year in this process. This is made the spread between the 5’s and 30’s the flattest since 2007; a trade that we have loved all year, email us at brokersedge@dawtradingdiv.com for more info. Momentum is trying to turn north this morning as the Dollar is weaker. St. Louis Fed President Bullard speaks at 7:30 am CT, and we would not be surprised to see a less hawkish or even dovish rhetoric from him at this point in time. Also, at 7:30 is Import/Export Price Index. At 8:15 am CT ECB President Mario Draghi speaks and at 9:00 is the first look at May Michigan Consumer data. Lastly, given the recent geopolitical landscape this should act as support to safe havens ahead of the weekend.

Technicals: With a constructive hold on the pull back from last Friday’s failure against resistance, we are now more Bullish and looking for a path of least resistance back to that resistance level. Additionally, the yield failed to hold the 3% mark, and this could be more of a psychological support catalyst.