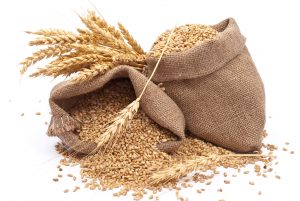 Yesterday’s Close: March corn futures finished yesterdays session unchanged, trading in a range of 3 ½ cents on the day. Funds were estimated buyers of 8,000 contracts on the day.

Fundamentals: Yesterdays export sales came in at 1,850,000 metric tons, this compares to the expected range from 1,000,000-1,700,000 metric tons. Corn bulls want to see a continued trend of better than expected exports to encourage additional short covering and new buying interest. The USD has been trading near multiyear lows which has helped revive some global demand. Weather in South America continues to be monitored as some are concerned of potential yield loss in areas of Argentina. Private estimates for the Brazilian crop have been increased from 23.44 mmt to 23.87 mmt.

Technicals: The market has been firming up over the past few weeks and it looks as though that may continue. The bulls must maintain price action above 357 ¼-358 ½ to remain in control. This pocket contains the 100-day moving average, along with a key retracement level. The next level of resistance comes in from 366 ½-369. If the bulls cannot defend support, we expect to see the market trickle back towards 350-352. The RSI (relative strength index) is currently at 69.32; a level we have not seen since we peaked last July.

Yesterday’s Close: March soybeans finished yesterdays session down 12 cents, trading in a range of 18 cents. Funds were estimated sellers of 8,000 contracts on the day.

Fundamentals: Soybean futures took a turn south yesterday on the back of very disappointing export sales. Weekly export sales came in at 358,900 metric tons, this compares to the estimated range from 600,000-1,200,000 metric tons. On top of the poor exports sales, chances of rain have worked back into the forecast for areas of Argentina that have been relatively dry. There are some seasonals in play that should be encouraging for the bulls. We have recently referenced a May buy, the November buy starts today. If you had bought on February first and sold on the 17th, you would have been profitable for 13 of the last 15 years, with the average gain being about 12 cents.

Technicals: Soybean futures tested and held the first test of 980 on a closing basis yesterday, but the market is under pressure and testing 980 again this morning. This puts the bulls back on their heels as we head towards the open. 971 ¼ is going to be the key line in the sand we are watching for as we round out the week; we like the value at this level on the first test. This represents a key Fibonacci retracement from the June lows to the July highs. The bears want to defend 986 ½-988 ¼ on a closing basis.

Fundamentals: Wheat futures were under pressure to start yesterday morning as weekly export sales came in at 289,100 metric tons, this compares to the expected range from 300,000-600,000 metric tons. Weather premium has been the catalyst for encouraging higher prices on the back of fund short covering. The bulls need to see more bad news to continue the rally, neutral or no news will likely invite sellers back into the market. The USD is trading near multiyear lows which has also offered some support to the market.

Technicals: Wheat futures tested and held first support at 442 ¼ yesterday, finishing the day near unchanged. That support level remains a key focus today, another test and close below will likely mark a near term top as we would expect sellers to come back in and press us back towards 429 ¾. On the resistance side of things, the bears must defend 456 ¼-458 ¾. The RSI (relative strength index) has come off of overbought levels and is reading 60.78 this mornings.

Fundamentals: Equity markets are again under pressure this morning and investors await the release of January’s Nonfarm Payroll Report at 7:30 am CT. The S&P hit our main target at 2798 with an overnight low of 2797. Stocks in Europe are also sliding sharply, the DAX is down more than 1% again today and has lost more than 5% since its peak January 23rd. The Nikkei is down nearly 1%. Amazon is in a planet of its own, trading up about 5% after earnings last night. Apple was up more than 2% but has now gone red in the pre-market. Google is down nearly 4% this morning. The key catalyst in all of this is the rise in Treasury yields, a story we have been discussing for some time now. If you are simply watching the Dollar, you might be missing the story of global growth. The Dollar is unwinding its rally that began in 2014 when the Fed was the only central bank tightening. But just because the Dollar is weakening doesn’t mean the growth story isn’t there. Just yesterday, the Atlanta Fed said it projects first quarter GDP at a whopping 5.4%. Inflation has shown signs of rising and the Fed expects it to reach their 2% target and stabilize there later this year. All of this allowed the Fed to pave the way for four rate hikes this year at their meeting Wednesday. Treasury markets are seeing strong selling, which pushes yields higher as this global tightening gets priced in. Higher yields begin to attract investment out of the equity market and furthermore, costs more money to service. Today’s Nonfarm Payroll will be critical in this story, strong growth in jobs and wages will likely add further pressure to equities in the near term. Expectations come in at 184,000 jobs created and Average Hourly Earnings growth of .3% on the heels of .3% last month while the Unemployment Rate is expected to be stable at 4.1%. As we discussed in the Tradable Events this Week on Sunday, the U6 Unemployment Rate has risen for the last two months to 8.1% and this is a data point to watch.

Technicals: Though are Bias has been Neutral all week, we have been adamant about a few things. The sellers are in control until a move out above first resistance while the immediate downside is exposed with a continued close below 2825.50-2828; yesterday’s settlement was 2822. Our first target to the downside is 2807-2808.50 while our main target is 2798. Lastly, you don’t want to be short and just close your eyes. First resistance yesterday was 2838-2839.75 and this is now second resistance but still the line in the sand as a move out above here will completely neutralize the tape. First resistance now is 2825.50-2828.25 and we maintain that continued close below here is needed to keep the bears in complete control. The 2847.75 level is second resistance and a spot that if taken out could cause a strong move higher. With 2798 being achieved with a low of 2797, the next support level comes in at 2773-2777 while our next major three-star level is 2748.25-2752 and this aligns multiple levels as well as a rising trend line from November. If we see a close below 2798, this level is then in play and should present a spot to go long.

Fundamentals: Crude extended gains from Wednesday’s early low by more than $2.50 to 66.30 overnight. Today is Friday, and Friday’s have been very friendly to the energy complex. Today is also Nonfarm Payroll, a report that should influence the Dollar. Right now, the Dollar is slightly higher on the session and this likely has a small hand in Crude retreating from session highs. Do not underestimate the influence that the weaker Dollar has had in Crude Oil above $60 and in the month of January. If the Dollar recovers firmly from oversold territory, we expect this to become a key catalyst coupled with rising North American production in sparking a correction in Crude.

Technicals: Trading to 66.30, price action has extended near the top end of its recent range. If the tape stays contained today, this could build a lower high than Monday’s peak of 66.46 and the swing high on January 25th of 66.66. Remember, the only major three-star level we have had above $60 is 66.87 and this level has held well so far. Our Bias is now slightly more Bearish than Neutral. Traders do not need to pick a top but if today stays contained with a lower high, we believe the door is wide open for the sellers Sunday night. First key support comes in at 65.29 while a move back below 64.98 should encourage further selling.

Fundamentals: We continue to believe that the long-term picture for Gold is positive. However, we also maintain near-term caution. Since achieving above $1360 our Bias in Gold has been Neutral and we have exuded caution to longs that are pressing their largely profitable position from mid-December. Today’s Nonfarm Payroll report is crucial, and 184,000 jobs are expected to be created. Average Hourly Earnings is expected to grow .3% on the heels of .3% growth last month. Despite the rise in Treasury yields, historically a strong headwind for Gold, the metal has held ground tremendously. What Gold will not be able to ignore is a strengthening Dollar and that is why this report will be key to the near-term trade.

Technicals: A swing high of 1354.3 was achieved yesterday, but the metal struggled to hold above first resistance at 1349.7-1351.4. The near-term technicals look weak due to falling back from the session high. A close above this level today, with Nonfarm in the rear-view mirror, we could imagine becoming bullish again. However, we continue to believe the value is limited until the overcrowded long-position gets cleansed. The market would need to go to major three-star support at 1321.7 in order to begin doing that. Though we can make an argument to begin buying against first key support.

Fundamentals: Yesterday’s storage report came in at -99 bcf, the lowest drawdown reported since December 14th. Prices have been under pressure since the expiration of the February contract, retreating from a level in which they probably should not have tested to. Now the question is, have prices retreated too much ahead of a weekend and while headlines still warn of chilling temperatures over the next two weeks. Because of this, we would not be surprised to see a consolidation higher ahead of the today’s close.

Technicals: Price action traded sharply below major three-star support at 2.896-2.902 and traded to a low of 2.837. Our next key support level comes in at 2.786-2.81 and this has kept price action in check. We are neutralizing our Bias slightly ahead of the weekend, but the bears will continue to have a clear edge if price action stays below 2.896-2.902.

Fundamentals: The global growth story is real and along with the Fed being upbeat on inflation and paving the way for four rate hikes this year, the Atlanta Fed now projects first quarter GDP at 5.4%. The 10-year yield is pushing 2.8% and on the other side of the coin, this is now weighing on equity markets and if the selling in equities picks up any more than this, we believe the 10-year will see strong waves of buying. Today’s Nonfarm Payroll is key for the trade and we have a strong focus on Average Hourly Earnings growth and the U6 Unemployment Rate that has dropped for two consecutive months.

Technicals: We continue to have a contrarian perspective in this market and it has not paid off in a very tough week. Price action has stayed suppressed below 121’17-121’18 which keeps the sellers in clear control. However, watch for a close below 2798 in the E-mini S&P to bring support ahead of the weekend. The session low comes in at 121’02 and we really don’t want to see this taken out.,