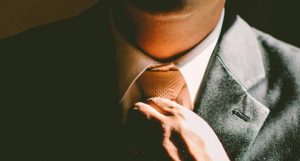 Fundamentals: The 10-year Treasury yield notched above 2.7% yesterday, a level in which many have called for to spark volatility in equity markets. Our biggest concern with rising yields is the velocity in which they move; a slow grind may not be as troublesome to equity markets while fast spikes higher are more likely to cause pressures. This move in yields is coming from all around the globe. The German 10-year bund yield traded to the highest since November 2015 at just about .7%. While the Chinese 10-year has been around 4% since November, it spiked firmly though that benchmark over the last week and a half. Treasury prices are the inverse of yields and last night the 10-year Treasury extended losses early in the session, this was enough to push the S&P through a key support level and encourage further selling ahead of the busiest of weeks. With more than 100 S&P companies reporting earnings this week, the State of the Union tonight, a Fed policy decision tomorrow and Nonfarm Payroll Friday, it only makes sense for investors to take something off the table at these levels. Eurozone GDP data was in line with expectations this morning while minor components that accompanied the read missed the mark. German CPI data is due at 7:00 am CT. U.S Case Shiller is due at 8:00 am CT and Consumer Confidence follows at 9:00. Lets also not forget Chinese Manufacturing this evening during the State of the Union.

Technicals: Price action tested into our key support at 2851.75-2852.50 early yesterday with a low of 2854.50 and bounced firmly to 2868.25; between the 50% and .618 but also a level in which the sell-volume had come in at earlier on the open. After finishing the session back to this support level, it broke below here last night, and we believe this opens the door for selling down to 2807-2808.50 and the major three-star level we now have below there at 2798. Last night’s low of 2831 held the crucial level at 2825.50-2828, one in which we had as three-star support last week. However, now that the trend line is taken out, we view this level as less strong. This is now a trading environment and can be played from both sides, the bears have an edge this morning though sellers are better off positioning closer 2847.75-2849.25; a move above here will neutralize this immediate-term weakness while a close above 2854.50-2854.75 will help the bulls regain an upper-hand. Only a close back above 2858-2860.50 will turn this immediate-term bullish once again.

Fundamentals: Crude Oil saw pressure early in the overnight with a strengthening Dollar and ahead of inventories coming into the picture. The Dollar move is so far short-lived as it has turned south this morning, bringing support. Early estimates on the EIA inventory read are for a build of 100,000 barrels. However, API is after the bell today and last week’s API came in at +4.755 mb while the EIA read was a draw and more in line with expectations. It would not be surprising to see API give a bullish read this week relative to expectations. This could ultimately set up for a sell opportunity upon the EIA release. The Dollar will remain in play all session and through this evening on the State of the Union, a strengthening Dollar puts pressure on commodities while continued weakness brings support. Chinese Manufacturing is due at 7:00 pm CT.

Technicals: Price action settled at first support yesterday, this will be a key level that the bears must keep the tape suppressed below. We have maintained a slight Bearish Bias and a lower high below 66.66 and our major three-star level at 66.87 has opened the door for the sellers. Ultimately, as we said yesterday, we need to see a close back below previous highs and support at 64.72-64.89 in order to neutralize this recent push higher. Furthermore, to turn truly Bearish we need to see a close below the $63 area; the market is extremely overbought, and we believe the crowded long position will begin to bail at this level.

Fundamentals: This consolidation lower in Gold is less about long-term fundamentals and more about near-term positioning due to data, the Fed and the pendulum effect. First with the data, Case Shiller is due at 8:00 am CT while Consumer Confidence is due at 9:00; this is just the beginning for the week as we have ISM and Nonfarm Payroll. Second, the Fed and the pendulum effect are more intertwined. Gold bottomed after a dovish Fed hike in December that had two dissenters. Since, inflation has been stable but not much higher and they are not expected to hike tomorrow. However, as we have discussed at length in many of our articles, there is a great unwind going in the Dollar and Euro trade as well as the Dollar against many of its other pairs; the Fed is not the only central bank tightening. Additionally, it is firmly believed that the White House does not want a strong Dollar. This pendulum has swung too far, at least in the very near term. Ultimately, the likelihood of a hawkish Fed statement is increased and for that reason we are cautious Gold in the near-term. Lower price action should bring a tremendous buy opportunity.

Technicals: Yesterday we said we could not make the case to buy Gold until support at 1329.1-1331.9 is tested. Last night’s low was 1337.5 before the Dollar began weakening once again. With key data points today and the State of the Union tonight which are both expected to swing markets, we remain cautious and await a more attractive area to reposition.

Fundamentals: Natural Gas is surely making it difficult on both the bears and the bulls. The bears are having it a little tougher though. After gapping lower Sunday night, price action worked higher through the second half of yesterday to nearly finish in the green. Storage drawdown expectations from last week, reported this Thursday have increased slightly but are not enough to justify such a reversal. The February contract expired and fell off the board yesterday, for now we chalk this up to repositioning and will be watching today’s settlement closely on a technical basis.

Technical: Price action is above major three-star resistance at 3.181-3.197 and this begins to Neutralize our Bias slightly. Today’s settlement will be key, and we must see it fall back below here. There is minor resistance at the 3.27 level but 3.32 will be in play on a close out above major three-star resistance. Price action could not get below first key support yesterday, but a failure to do so should not have sparked such a strong reversal.

Fundamentals: Treasuries around the world have been under pressure. The 10-year achieved 2.7% yesterday and essentially again last night on the Asian open as it traded to a new low before reversing. However, as we discussed in the S&P section, many are calling for this level to put pressure on equity markets; debt will cost more to service and older and more cautious investors will begin to find bonds attractive as yields rise with equity valuations at these levels. The week is just beginning, and volatility will be here to stay through Nonfarm Payroll Friday. Case Shiller is due at 8:00 am CT and Consumer Confidence is at 9:00. German CPI just fell short of expectations and this could work to support Treasuries if we don’t get hot reads from the U.S, especially if equity markets remain weak.

Technicals: Support is thin in this area but building at the 121’17-121’18 area. Price action managed to claw back a close above our 121’25 first support level yesterday. We have maintained a Bullish Bias for now but as a reminder this is a contrarian play as we believe prices and sentiment are exacerbated at this level in the near term. Since early last week, we have said that we like positioning long through last week’s central bank meetings and this week’s Fed.