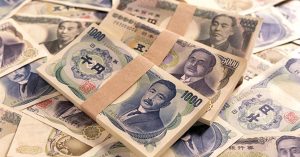 Fundamentals: The week culminates into today and tomorrow. The ECB is due to release their monetary policy decision at 6:45 am CT. While they are not expected to change rates or bond purchases, the verbiage of their policy has been the discussion; will they lay the ground work to do so later this year? ECB President Draghi holds a press conference at 7:30 am CT and this is expected to bring volatility to the currency markets. It remains to be seen if political uncertainty in both Europe and the U.S effects the tone. It will be key to watch treasury yields not only through the ECB this morning but the Bank of Japan later tonight and of course Nonfarm Payroll tomorrow. Quickly coming into focus is news that President Trump will potentially sign the tariffs on steel and aluminum into law as early as this afternoon. According to a press statement yesterday, Mexico and Canada are expected to receive exemptions while NAFTA talks continue. Additionally, other U.S allies could go through a process to claim an exemption. Equity markets recovered extremely well through yesterday’s session after selling off on the news that Gary Cohn left the White House. In this new ‘sell first, ask questions later’ environment, the S&P did trade green before settling less than a point in the red. However, the NQ put in a solid session and the Russell finished up 1%. The Russell settled out above the February 27th peak from the February correction; this signals imminent strength and is likely to be a leader over the coming weeks. Again, we want to emphasize the importance of watching the yield story through today’s central banks and tomorrow’s Nonfarm wage data. The 10-year Treasury yield is back to 2.885 today. The peak was 2.957 after the FOMC Minutes on February 21st. While higher yields are not an end-game for equity markets, a high velocity move will encourage selling and the ingredients for that stew are on the table over the next 24-36 hours. Weekly jobless Claims are also on tap this morning at 7:30 am CT. Last night’s China Trade Balance data showed a massive surge in exports. This signals a strong global economy but is also a headwind in trade talks. CPI data out of China is due tonight at 7:30 pm CT.

Technicals: Price action has been trading extremely technical; everything from yesterday’s gap fill and retreat to the hold against key support at our 2701.50-2703.75 level. These technicals have also been very constructive. Yesterday’s sharp reversal isn’t quite a bullish hammer because it opened lower, but the reversal still signals bottled up bullish pressure. We now have major three-star resistance at 2735.25-2738 and the significance of this level is because if it is taken out, the next stop should be the trend line at 2756 that aligns to create major three-star resistance at 2756-2758.50. There is a shelf building at today’s low of 2720. This is also where the market spiked higher on strong volume at 1:00-1:30 pm CT yesterday; a close below here would be negative.

Fundamentals: Crude came under pressure yesterday due to the large increase in estimated U.S shale production. According to weekly EIA data, the lower 48 states added 80,000 bpd last week. This puts U.S production at a new record of 10.369 mbpd. The initial spike upon the release of the data was due to less of a headline build in Crude Oil that what was reported by API. However, the data was largely in-line with expectations. Trade Balance data from China last night showed weaker than expected imports and this coupled with a stable Dollar trade and the added production has put pressure on Crude Oil coming into today. We will continue to watch the Dollar and equity markets, during this volatile 24-36 hour span they will be a critical barometer for the Crude trade. Additionally, the technical’s will be extremely important at these levels.

Technicals: Price action stayed contained by and rejected the 62.08-62.39 level yesterday which opened the door to weakness. We are Bearish but conscience that there is tremendous support at the major three-star level at 60.45-60.90; we must see a close below here in order to see strong waves of selling. First key resistance comes in at 61.61 and the bears will maintain an edge as long as price action stays below here. A move through 62.25-62.58 is bullish.

Fundamentals: Gold got the hammer yesterday as the Dollar stabilized on hawkish Fed rhetoric and reduced trade war fears. Still, the metal is constructive, and we are very positive on a fundamental and technical basis in the long run. We discussed the Fed rhetoric from Brainard yesterday. We expect currency volatility and thus Gold volatility to continue through the end of the week. The ECB is due to release their monetary policy decision and statement at 6:45 am CT. ECB President Mario Draghi’s press conference is likely to be the highlight and begins at 7:30 am CT. The early look at the ECB policy statement shows the bank dropped the pledge to increase QE if necessary to simply extending it if necessary; the Euro has seen a bid on this. Weekly Jobless Claims are due at 7:30 am CT. President Trump is expected to formalize the tariffs later this afternoon; while Mexico and Canada are expected to see exemptions as NAFTA talks continue, the details could be a key driver in price action. Later tonight the Bank of Japan meets, and we have inflation data out of China. Tomorrow is of course Nonfarm Payroll.

Technicals: Price action did manage to settle at the key 1327.3 level. We will continue to watch this on a closing basis; Gold must hold this in order to remain immediate term constructive. It has held support at 1318.2-1322.8 on its way to trading to a higher low four straight sessions, today will be the fifth and yesterday’s low was 1323. We have Neutralized our Bullish Bias only slightly ahead of these next 24-36 hours as risk must be managed.

Fundamentals: Price action extended out above its recent range on Tuesday but remains contained below major three-star resistance. EIA storage draw expectations for last week on today’s report are for -58 bcf. Expectations for the next two weeks have continued to mount as colder weather has swept through the Midwest and snow has blanketed the East Coast. Traders are watching next week’s weather as a true inflection point.

Technicals: The positive move in price action has gotten the market out of a potentially developing bearish pattern. While we have seen some short covering, the bears are defending major three-star resistance at 2.8233-2.837, a level that would put their back against the wall.

Fundamentals: The 10-year has held a very tight range since giving back its spike on fear after the Gary Cohn announced his resignation. Ultimately, traders are waiting for news from the ECB and BoJ today but really eyeing tomorrow’s Nonfarm Payroll report which will bring the biggest read on wages probably ever. The ECB left policy unchanged this morning, but the bank dropped the pledge to increase QE if necessary to simply extending it if necessary; the Euro has seen a bid on this. Equity markets remain strong and another positive session is likely to put pressure on the 10-year ahead of tomorrow’s data. President Trump is expected to formalize the tariffs today; while Mexico and Canada are expected to see exemptions while NAFTA talks continue, the details could be a key driver in price action.

Technicals: The technical picture is very mundane at the moment. Yesterday’s session spike was met with strong selling and the market has just consolidated since. This has opened the door for continued pressure today, but it is very unlikely to see support at 119’20-119’23 to be broken ahead of tomorrow.