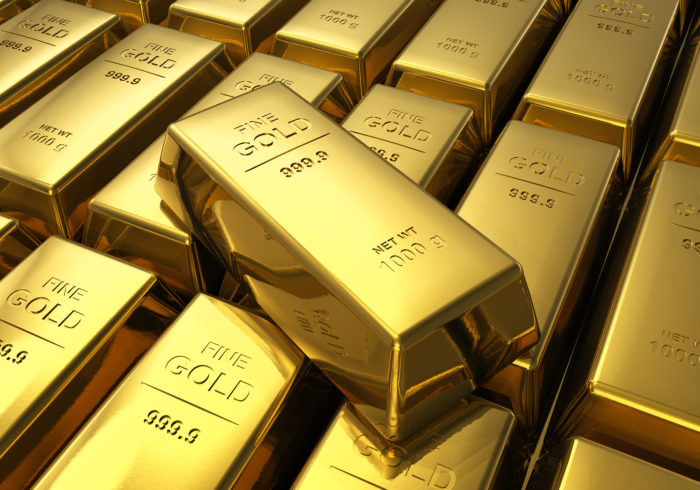 Corn (December)
Last Week’s Close: December corn futures finished Friday’s session up 1 ¼ cents, putting prices in positive territory by 1 ½ cents for the week. Futures traded in a 8 ¾ cent range during the shortened trading week. Friday’s Commitment of Traders report showed funds sold 1,234 through September 4th, expanding their net short position to 80,539 futures.
Fundamentals: Crop progress will be released after the close today, we are not expecting any significant changes. The big-ticket item this week will be the USDA report Wednesday (11am cst). Early estimates are for U.S. yields to come in at 177.8, slightly below last month’s 178.4. U.S. production estimates are coming in near 14.53 billion bushels, just below last month’s 14.586. U.S. carryout is expected to come in near 1.64 billion bushels, slightly lower than last month’s 1.684.
Technicals: December corn futures are starting this week’s trade in the exact same spot as last week’s open. The market has been trading sideways in a relatively tight range, because of this, many of our technicals remain the same. Our resistance pocket continues to hold from 369 ½-370 ¾, the bears are in total control until the bulls can achieve consecutive closes above this pocket. On the support side of things, the first pocket we see comes in from 359-361, a close below here likely accelerates the selling and takes us back towards 349 352 ¼.
Bias: Bearish/Neutral
Resistance: 369 ½-370 ¾***, 380 ½-382 ½****
Support: 359-361**, 349-352 ¼****

Soybeans (November)
Last Week’s Close: November soybean futures finished Friday’s session up 5 ¾ cents, trimming losses for the week to just ½ of a cent. Futures traded in a 16 ¾ cent range during the shortened trading week. Friday’s Commitment of Traders report showed funds sold 8,550 futures through September 4th, expanding their net short position to 69,799.
Fundamentals: Crop progress will be released after the close today, but the more significant headlines will come Wednesday in the form of a USDA report. Early estimates for U.S. soybean yields are 52.2, up from last month’s 51.6. Production is also estimated to be higher with estimates coming in near 4.65 billion bushels, up from last month’s 4.586. U.S. carryout estimates are coming in near .830 billion bushels, up from last month’s .785.
Technicals: On the technical side of things, the market is right back up against last week’s resistance pocket from 850-853 ½. The bears must defend this pocket on a closing basis, a failure to do so could spark a round of short covering. The floor open will be more telling for price, with more participation/volume. On the support side of things, 825-826 ¼ is the first obvious target. A break and close below leaves the door open for a move below the psychologically significant $8.00 handle.
Bias: Bearish/Neutral
Resistance: 850-853 ½***, 866-869 ¼**, 872-881½****
Support: 834 ¼**, 825-828 ¾****, 795-802 ¾****

Wheat (December)
Last Week’s Close: December wheat futures finished Friday’s session down 1 ½ cents, extending losses for the week to 33 ½ cents. Futures traded in a 35 cent range during the shortened trading week. Friday’s Commitment of Traders report showed funds sold 10,101 futures through September 4th, trimming their net long position to 35,997.
Fundamentals: Wheat has hard a hard time finding a silver lining over the last months as funds have continued to liquidate their net long position in the face of no more bullish news. We do have a USDA report this week, but the report will focus on corn and beans, the wheat market will be susceptible from spillover in those two markets. U.S. wheat carryout is estimated to come in near .940 billion bushels, up a hair from last month’s .935.
Technicals: The bears remain in total control, there’s no arguing that, but due to a more than $1.00 decline in the last month, there may not be a lot of juice left in this grape. The market may see short spurts of short covering. Ultimately, we think short covering rallies will present an opportunity to sell again at better prices. First technical resistance this week comes in from 518 ½-523 ½. A close above here could extend the market towards 540 ¾-541 ¾. On the support side, there is not a lot until the psychologically significant $5.00 handle. The more significant line in the sand comes in at 490.
Bias: Bearish/Neutral
Resistance: 518 ½-523 ½ ***, 540 ¾-541 ¾****, 549 ½**, 557 ¾***
Support: 499-501 ¼**, 490***, 468 ¼****

Last week’s close: Settled at 2874.75, down 4.25 on Friday and 27.25 on the week
Fundamentals: U.S benchmarks are edging higher this morning and seeing relief from pressures Friday after President Trump said the third wave of tariffs worth $200 billion on Chinese goods, “could be implemented very soon”. He added that they are prepared to add another $267 billion in tariffs “in short order”. Considering the cliffhanger on trade not only between the U.S and China but also with Canada, coupled with stronger than expected wage growth, it is fairly surprising to see another resilient bounce. It would seem that with the NQ up more than 0.5% premarket, the focus is the potential of good news from talks between U.S trade representatives and EU officials today in Brussels instead of Apple’s letter Friday to trade representatives. Here, the world’s largest company by Market Cap addressed rising costs and how this would be passed to the consumer if the next round of tariffs were imposed on China. Ultimately, the market has done a terrific job of finding the silver lining within headlines for the better part of the year, today its talks with the EU, and this along with an accommodative Federal Reserve is why we have remained intermediate to longer-term bullish. Though we would have expected a better than expected read on Average Hourly Earnings (the +0.4% MoM and 2.9% annualized reported on Friday’s Nonfarm Payroll report) to apply more stress to the market, it ultimately was not that hot, and it was only one number; we have pointed out that three of the last ten reads on wage growth have been revised lower.
Technicals: major three-star support at 2860.25-2863.75 made sure those who did so must be quick to take the gains. Friday’s afternoon low of 2867 could not take out the early low of 2865 and price action grinded higher into the bell. After settling within out pivot, the S&P has drifted higher into this morning and is testing first key resistance at 2887; this now leaves a gap at Friday’s settlement and a high probability we see this gap filled today. The question going forward is whether this holds? What we do know is that the first test to the gap should bring a buy opportunity and given today’s early strength the market seems to want to elevate. We remain more Neutral in the near-term and believe traders should approach this market with an open mind. Longer-term we believe dips are buying opportunities and a move out above 2897.50-2900.50 is undoubtedly bullish.
Bias: Neutral/Bullish
Resistance: 2887**, 2897.50-2900.50**, 2906.25**, 2912.50*, 2924.50***
Pivot: 2873.75-2876.75
Support: 2860.25-2863.75***, 2855***, 2846.75**

Last week’s close: Settled at 67.75, down 0.02 on Friday and down 2.05 on the week
Fundamentals: Crude Oil remains stable and is trading more than a dollar from Friday’s new swing low. Buoying price action was Baker Hughes rig count data that showed a decrease of two rigs. Geopolitical tensions continue to flare in the Middle East and a November deadline for countries to cease importing Iranian Crude has already tightened market dynamics as countries begin cutting in preparation. We remind you that this is supposed to be a more seasonally weak time of year and last week’s bearish EIA data gave no reason for buyers to rush to the market. However, we did see the impact of EIA data that showed a tighter inventory picture the week before. We maintain that Crude Oil is in a seasonally bottoming phase before the next run, one that we expect to test $80. Let’s face it, last week’s low was 4.6% higher than the low on August 16th and this adds further fuel to what has been a technically constructive picture now for two and half years.
Technicals: We neutralized our Bias to exude caution in the second half of last week. On Friday, we laid out a roadmap for what must happen to repair the immense technical damage incurred from the September 4th session reversal. First, we did see the test and hold at our first key support at 66.75 with a low of 66.86 on Friday. Second, price action did settle above 67.32-67.64. Now, Crude Oil becomes immediate-term bullish once again with a close above major three-star resistance at 68.56-68.68, a level that stopped price action in its tracks overnight. First key support now comes in at 67.69-67.89 and a close below here will negate the construction.
Bias: Neutral/Bullish
Resistance: 68.56-68.68***, 69.02-69.20**, 69.72**, 70.50-70.92***, 71.40-71.63**, 72.95***
Support: 67.69-67.89**, 66.75**, 65.00**, 63.56-63.89****

Gold (December)
Last week’s close: Settled at 1200.4, down 3.9 on Friday and down 6.3 on the week
Fundamentals: Average Hourly Earnings beat expectations on Friday coming in at 0.4%. This was the first beat since May and the highest since December’s revision to the same mark. The Dollar Index gained only 0.36% on the session and Gold did not spike $10-15 lower. We believe this speaks very loudly to Gold’s bottoming process in that the sellers have already sold. Gold could not gain fresh selling even from the algos upon Friday’s very good jobs report. This will be a critical week for the metal and there is now a tremendous emphasis on Thursday’s CPI inflation read. The Chinese Yuan is weaker today and likely holding back the metal. This comes despite strong than expected CPI and PPI from China last night. However, this was likely offset by China’s Trade Balance data Friday night showing a new record surplus to the U.S; this assumingly does not help trade negotiations. Today there is no major economic data.
Technicals: Gold settled below the 1204 mark on Friday and the weakness into this morning is unfavorable. Still, first key support is holding, and major three-star support sits just below. Gold is testing into a critical level, one in which will define the recent constructiveness at the psychological $1200 mark. We are upbeat until major three-star support gets taken out.
Bias: Bullish/Neutral
Resistance: 1210.9-1214.9**, 1220.7***, 1227-1228.5**, 1235.6**, 1244.6-1251.6***
Pivot: 1204
Support: 1193.9-1195.1**, 1187.6-1189.5***, 1178.5-1179.8**, 1167.1***

Disclaimer:
Futures and options trading involve significant risk of loss and may not be suitable for everyone. Therefore, carefully consider whether such trading is suitable for you in light of your financial condition. DAW Trading (“DAW”) uses various outside sources for research material regarding futures and options on futures trading therefore the views and opinions expressed in this letter may not necessarily reflect the view of DAW or its staff. The information provided is designed to assist in your analysis and evaluation of the futures and options markets. However, any decisions you may make to buy, sell or hold a futures or options position on such research are entirely your own and not in any way deemed to be endorsed by or attributed to DAW.