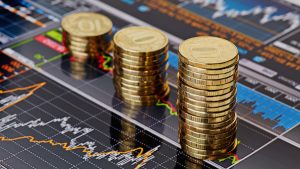 Members of the Federal Reserve spoke late last week for the first time since the December 13th rate hike. We are looking forward to hearing much more from them this week, especially their opinion on growth now that tax-reform is passed. In their dovish hike in December they refrained from factoring in the tax legislation. The verbiage we hear this week will be key for a Dollar that has started the year off on its back foot and has lost more than 2% since the December Fed meeting. San Francisco Fed President Williams said this morning that the Fed should hike three times this year and expects growth to accelerate due to tax-reform. He also predicts the unemployment rate will grind to 3.7% this year without a large jump in inflation. Fed members Bostic, Williams and Rosengren speak tomorrow afternoon. Minnesota Fed President Kashkari, a rate hike dissenter, speaks Tuesday while his companion in dissenting, Chicago Fed President Evans speaks Wednesday. St. Louis Fed President Bullard who spoke last Thursday also speaks on Wednesday. Outgoing NY Fed President Dudley speaks on Thursday.

To add fuel to the interpretation of Fed speak are fresh reads on PPI Thursday and the more closely watched CPI on Friday. As we all know, lagging inflation has been the key argument in only gradually tightening policy. In her last statements in December, outgoing Fed Chair Janet Yellen expressed concern on whether recent rate hikes stopped inflation in its tracks. Also on Friday is Retail Sales which has been trending strongly in recent months. As we know, inflation worries are not only domestic and are a major concern around the world. We remain long term bearish the Dollar and believe that we can see it close out the first quarter by losing somewhere in the ball park of 4%. However, between these reads and the Fed speak, an oversold Dollar with a 14-day RSI near 30 has struggled to follow through on the downside this last week. It would be prudent to take something off the table if you have been playing either the Dollar short or the Euro long and look for an opportunity to reposition at a better spot on volatility this week.

Data out of China this week includes CPI and PPI on Tuesday night and reads on Trade Balance Thursday night. These will be critical for several markets that have performed extremely well to start the year. Crude Oil is at the highest level since May 2015. Palladium traded to a new all-time high of 1101.70 and took out the January 2001 level at 1090, it is currently up 92% since the start of 2017. The Aussie has gained about 5% in a month but faces our major three-star resistance overhead at .7870-.7884. All three of these are likely to continue higher in the long-term, however, choppy reads on China data should open the door for a nice swing trade lower this week. Also, be aware that Australia has some of its own data this week; Building Approvals on Monday night, Business Confidence Tuesday and Retail Sales Wednesday.

The S&P and NQ both set record high closes on Friday and the momentum is extremely strong. With the NQ taking the lead, we are targeting 6707 this week. Earnings season gets underway and JP Morgan and Wells Fargo report on Friday. The banking sector put in a very strong 4th quarter gaining nearly 10% (XLF) but some have expressed concern over tax-reform legislation slowing earnings in the near-term. Also, we have been putting a lot of emphasis on the small caps lagging. The Russell 2000 still has not taken out its December 4th all-time high. It finished Friday’s session just shy of that 1564.4 mark, it must close out above here this week to confirm this move in equities.